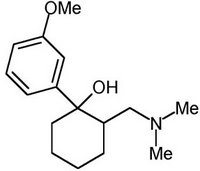 I am actually getting some work done in between all this nonsense. Hard to believe, but true. You see I am getting better and during this last week something really significant may have happened.

I have dropped a dose of Tramadol.

I just thought that I could do without the last dose of the four I take every day, especially if I spaced the daytime doses out a little. It is taking me longer to get to sleep at night, but not because I am in so much pain. Tramadol has narcotic properties so I guess I am missing my bedtime fix.

There are many reasons why this is exciting. Most notably, this is the first improvement in my pain for well over a year. I’m trying to keep it in proportion because it has only been a week or so, but muscles are feeling stronger and the pain is returning to something like its original pattern. This is where my muscles are never comfortable, but the really intense pain – like acid under my skin - only comes on during and directly after exercise (when I say exercise, I mean walking between rooms). Previously it was just all the time, but exercise would worsen things and a slight exertion would have me chewing my legs off.

The pain had got progressively worse and I felt that the next probable event was when my system became so used to the Trammies that they were no longer effective. I don’t know quite what would have come next, but Tramadol is a dream drug for me and my constant fear is that sooner or later I will be on morphine. I don’t want to go there. I know it is just a name of a drug, but that mere name fills me with abject terror for all sorts of reasons. In my more desperate moments I have seen my progression onto morphine as the point at which I would have to opt out. I know, I never pretended I was brave.

However, that’s not the direction things are going at the moment, so why is this a scary thing?

It is scary because something happened like it ought to happen, for the first time in ages. I relapsed, I was forced to rest and this rest has actually paid off. That is how it is supposed to happen, according to the doctors and the books. Yet I had begun to disbelieve in any kind of pattern which involved a degree of recovery; I can make a list as long as your arm of things which I know cause deterioration. But recovery? I have done all the right things and it has made little difference.

Until now. Maybe. Possibly. And suddenly I am faced with a tremendous responsibility. I cannot let this slip away. I have to keep my muscles strong, and get them as strong as possible but I must not push them too far. I must look after my immune system and make my way out of the winter without another challenging virus. I must be as kind as possible to my digestive system which keeps threatening to give up the ghost. I must pace myself and not get too stressed about anything.

Really I ought to be keeping an activity diary of every bloody thing I do and eat in a day, with a score for my progress. I ought to get a pedometer or something so I know how far I am walking in a day. Really I ought to be dedicating every last drop of energy to this new ray of hope, reading the books again, cutting out all caffeine, alcohol and refined carbohydrate, eating organic and standing on my head a lot. If I become a total control freak at this stage, I could be walking to the bus-stop by the end of the year.

That is why it is scary. And it’s only been a week.

I've always wished that someone else could keep an activity/pain diary for me. When I've tried it myself it is as if a switch is thrown in my head and all of my OCD tendancies take over. I find myself focussing too much on my ailments and go from living with my disability to being ruled by it.
If you find out the secret to your recovery though let me know :)

Good news! I really hope you (and your body) will have the strength and courage to go on and that you will be rewarded with further progress.
Just an idea: my uncle had to keep a pain and activity diary for quite a while and he just hated to sit down, think about his pain, when it occurs, what is like etc. and then to actually write it down. So we gave him a little dictaphone which was always somewhere near him and whenever he felt like it, he would just tell the little thing about his pain or activities and it was kept on a tape. It worked out very well and at least he said he would never had kept such a detailed diary in any written form. If necessary it is also easy to transfer what's being said into any kind of lists or tables (doctors seem to like that!)

I agree Mumpy - I have found in the past that a diary can have the effect of making me either pretend to be better than I am for the sake of making neat progress charts, or just making me feel thoroughly defeated.

The dictophone sounds like a good idea, Mone - I could actually do that on my computer as I have recording software. I can see many advantages in that. I may well try that out, thank you. :-)

Excellent news. But why this fear of morphine? After all, it is only another opioid in the same family as Tramadol http://www.medicinenet.com/script/main/art.asp?articlekey=40842
Speaking as one whose pain meds include an opioid (Tramadol), a non-opioid NSAID (Celecoxib) and an adjuvant antidepressant (Lofepramine), I say “Whatever works is good for me”. Actually you make a good point about the Trammies losing effectiveness after a while, and I am more than a little concerned that Celecoxib is, by all accounts, about to be banned (don’t get me started about nanny culture). But after many a frank and wide-ranging discussion with my GP, I can’t see a future without drugs and so I’ll try pretty much anything if it does the trick and allows for some semblance of normal function.

I know you're right, Dude; morphine is just another member of the family. I guess I imagine I would take very badly to it as I had a fairly miserable time on codeine. I am hypersensitive to most medication and currently have to medicate the side effects of side effects. Even so, without improvement, I would be quickly running out of options.

I am afraid I am yet to learn the attitude where I don't mind the chemicals. I think perhaps in the same way the wheelchair took a long time getting used to, this requires another process of acceptance. Of course I was on drugs before I had the wheelchair, but not quite like this.

Does that make any sense?

This is one blog you could recommend to your friends. Good job. Weight Loss