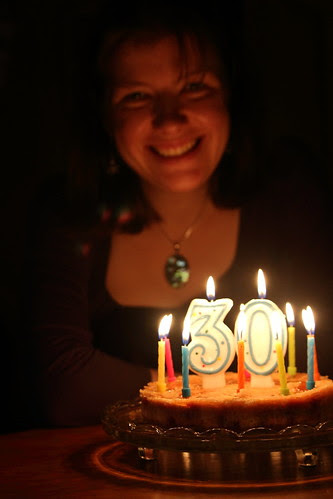 Ann Widdecombe is wrong about a lot of things. She campaigns against a woman's right to choose and as a politician opposed various anti-disrimination legislation. She does not consider herself a feminist. And yet, I'd argue that Ann Widdecombe is a feminist icon.

Ann Widdecombe proves that, whether or not women can have it all, we certainly don't have to. We might not want it all. We may be completely disinterested in over half of it. A woman can very well not have it all, and still be a tremendous success as a politician, as a public figure and most recently, as a competitive dancer. And she is a success. There is no reason to suspect that Ann Widdecombe is not completely and utterly fulfilled by the career she has had and the bits and pieces she does now, together with a family and social life which doesn't involve romance or children of her own. She is a rare public example of the not uncommon phenomena of the happy spinster.

Although her politics may be totally and utterly wrong (and they are), in many ways she was an exceptional politician. So far as I can see, she always said what she meant and did what she said, in a political climate increasing concerned with spin. She was not - is not - afraid to say something that most sensible people would totally disagree with. Last week, she supported Lord Young's comments that most of us had never had it so good (although in context, she has at least a bit of a point).

Widdecombe is the closest thing we have in mainland Britain to the Religious Right and yet she is not a hater. She is no egalitarian and converted from the Church of England to Roman Catholicism at the point that the CofE ordained women. She is anti-choice and believes in a very restrictive version of heterosexual marriage to be the only context in which people should take their clothes off - but she disapproves of most of us in equal measure. She has never said anything hateful towards gay people - she insists there is no difference between sexually-active gay folk and straight folk who also fornicate (it's a great word and without people like Ann Widdecombe, it might fall out of use entirely). I think the most enraging thing I ever heard her say were comments about rape, which focussed entirely on women's responsibility to avoid situations in which they might be vulnerable to assault.

But what makes Ann Widdecombe a feminist icon is that she doesn't want to be one. She doesn't feel that because she is a woman, she has to support women's issues, or exercise any gender bias at all. She doesn't feel the need to be any softer or fluffier than any male politician of her creed and generation, even though she was and still is subject to far more ad hominem attacks than most politicians of similar rank. Politicians who happen to be women (Widdy hated to be known as a Woman MP) are particularly vulnerable to criticism for their supposed attractiveness, their romantic and family lives and when they are right-wing and generally, well, harsh, they are attacked with gendered language. So Widdecombe is described by her detractors as lonely, loveless, frustrated and frigid, where there is no evidence that she is any of those things.

What is particularly admirable about Ann Widdecombe is that she apparently hasn't tried to neutralise this effect. Widdecombe is not ugly and has a very sweet face when she smiles, but she deviates from cultural ideals of beauty in almost every way; she's the wrong shape, the wrong weight, the wrong age and has had one of two very unfortunate haircuts. During a period where Blair's Babes were being made over to make relatively attractive politicians more attractive, she was still applying the pudding-basin and sheers method (we've all done it at some point). She has never tried to be other than she is. Unless I'm missing something, this lady is truly authentic.

In Strictly Come Dancing (yes, yes, you've got the point - I'm hooked), the Widdster resists all the reality show narratives that other folks fall into. Not for her talk of the journey, not for her tearful frustrations or life-changing experiences. Her brother died during training, and there was no mournful montage about her soldiering on despite it all. And she comes across as quite a lovely person. Physically awkward and a little shrill, but these are not bad things to be.

Women in late middle age are extremely rare on our television screens and newspaper pages and other than royalty, the only other examples I can think of are glamourous actors with long careers behind them. These women are famous, in part, for their beauty and continually congratulated on its preservation. Widdy proves that women can be valued and respected for more than being nice and being pretty. Even though she is, at least, just a little bit of both.
Posted by The Goldfish at 10:34 AM 5 comments: