I want to rock your gypsy soul 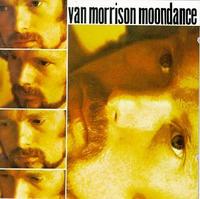 Today I am mostly listening to Moondance by Van Morrison which I bought on eBay for £2.74 including postage. When this sort of thing happens I am tempted to leave feedback along the lines; “Excellent seller, fast despatch, but rubbish taste in music.” How could anyone have parted with this piece of sublime loveliness for £2.74? It’s not quite Astral Weeks but it is rather special.

I have been writing, writing and um, writing some more. I spoke to my paternal Granny, which is always good impetus. She’s okay just now, doing quite well in fact. Today was the first time I’ve called up in about six months and it sounded like she had been awake before the phone rang. Even still, I have this fear that she might die before I finish the thing. She won’t much approve of what I’ve written - especially on the subject of religion in general and Catholicism in particular - and she won’t like all the swearing and sexual references. But she will enjoy reading it nevertheless and she has been such a support and encouragement to me. Less conditionally so than my folks.

My maternal grandfather would have been similarly delighted. He was a builder who had bookshelves full of Hemingway and D H Lawrence. He also wrote really bad poetry (I mean, terrifically bad poetry), mostly about family events. Rosie’s GCSE results, my uncle’s new car. He wrote a poem accusing me of stealing his favourite gnome, although in truth I was only one among several conspirators. And he always had somewhat exaggerated faith in my abilities. My paternal Granny recounts that during the last conversation they shared, he declared that I would be the next female prime-minister.

Talking of Rosie’s GCSE results (I wasn’t really, was I?), I thought I should share with you the fact that my sister’s GCSE Music Group got a 100% A-C pass rate. She was the only teacher in the school to achieve this – the overall average was only 55%. So that’s excellent, really, isn’t it? I'd say it's bloody marvellous.

Sleep is still a bit dodgy, but last I moved into the living room around five and watched the fish. Klutz and Schmuck were doing their fishy love dance and in the half-light looked like a ball of black flame swirling about. Lucky sat in a corner of the tank facing the other way, looking absolutely mortified at his parents’ behaviour.

Since I haven’t mentioned the fish in ages, you should be reminded that Klutz and Schmuck are six-year-old black moors and Lucky is the miracle that is their offspring. Miracle because for the first five years Klutz and Schmuck paid no attention to one another; they ate and they grew fat. They grew so fat that they needed a bigger tank, at which point they became sexual beings and started chasing one another around and laying eggs. However, every time they laid eggs, they would eat them all up. Once in a while you’d see the odd fry, whose egg they’d missed, but they it would get swallowed up within a day or two. Lucky was the one that got away. It took him about four months to get to a size where he is too big for them to gobble; every time you looked up at the tank you were sure he was about to get caught. Now six months old, he is still about a sixth of the size of either of his folks but he can now boldly swim beside them.He is not so fancy looking as his parents, but I think he is significantly more intelligent.

Changing the subject completely once again, if anyone has a genuine interest in forensic pathology and the like, check out the Virtual Autopsy at the University of Leicester. Be warned; this is not for the faint hearted or those who have eaten in the last hour, but an interesting resource. I have learnt more useless information in the course of researching my book that I learnt in ten years at school.
Posted by The Goldfish at 9:24 PM

WTF is up with the above poster? I have cripblog spam. grrrr...

I was kind of interested in this incarcerated cat that the guy referred to. What was it, a panther? But I don't want politically-motivated spam on this site, even if he was campaigning to Free Black Pussy.

I have just wrenched myself away from the irtual autopsy to say thanks, Goldfish, for recommending a riveting site.

Reminds me of the old Critical Care course I took years ago, all but the barracking by the doctors when you presented your cases.

Marmiteboy must heartily agree with the young ladies review of Mr Morrison's recording of Moondance (shit this Lady B speak is catching).

How anyone can sell such a fab record so cheaply is beyond me!

I bought the first two Pixies albums (although I have them on vinyl) on one cd on Friday for £1.99 in the MVC sale. This is quite plainly ridiculous. It's far too cheap for such fantastic music.

I was slightly worried by an earlier post when young Goldfish mentioned that she sold cd's tat she hadn't played for six months on Ebay. This is disturbing news. I cannot do this. I admittedly do get rid of rash buys ocassionally but find mysefl in possession of more cd's than I can shake my stick at.

I have about two hundred CDs and not much room for the many more CDs I would like to purchase. So I have to be fairly ruthless. And I do listen to music much of the time, so I do work my way through the good stuff.

On your recommendation I downloaded "Bloody Mother-Fucking Asshole" by Martha Wainwright from iTunes and fell quite hopelessly in love. So that's yet another album for the wish-list. :-)

Ms Wainwright is a bit good isn't she. I'm hoping to go and see her up in Cambridge in November.

The album took a couple of plays to get into but now I love it. She certainly has a way with words.