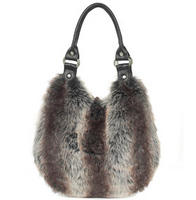 Today I cleared out the contents of my handbags. Having a bit of a morbid imagination, when I do this sort of thing I often wonder what they’d think if I disappeared under mysterious circumstances and started looking for clues in my belongings. When I say things like this out loud, [...] tends to ask me “What planet are you on?”

Like last week when I received a tape from Amelia. The tape was completely unmarked and when I tipped it out of the jiffy-bag the accompanying card did not fall out. So for a moment I thought, “Shit. Someone’s sent me a completely unmarked tape and I have no way of knowing who it is until I listen to it. Is one of my friends or associates in deep trouble, recorded evidence of some international outrage and arranged for it to be sent to me in case of their death or capture? If I stick it in the machine will it be some familiar voice saying, “By the time you hear this, I’ll be dead…”? Or “Your mission, if you chose to accept it…”? Or am I being stalked and someone’s sent me a tape of heavy breathing?”

This is the way my imagination works. And when I vocalise this [...] says, “What planet are you on?”

Anyway, I thought I would bear my soul, or to be more accurate the contents of my handbags to you, so you can play at being a forensic psychologist attempting to profile me;

Plus half an acre of Rainforest’s worth of tissues and miscellaneous receipts – everything from earplugs through petrol to wheelchair parts.

So what does all this say about me? And did I commit the murder?

That bag at the top's not mine, by the way. Just a bag. You can buy it from Accessorize for £25 if you like it.
Posted by The Goldfish at 1:05 AM

Lady Bracknell does not care to dwell very often on the occasion on which she was detained in a police cell.

However, you have reminded her that, immediately prior to her unjust incarceration, her own handbag was cursorily emptied by a junior police officer of an unfriendly mien and its contents listed exactly as you have done here.

Lady Bracknell would like to be able to report that, consequent to that unfortunate incident, she has kept a tighter rein on the contents of her handbag. That would not, however, be true.

I always think that if I was arrested, they would let me off the moment they started looking through my things. Like they'd find the psychiatric referral lettter and think I was nuts - doubly so as it was almost two years old. However, when they found the bubble-blowing liquid and the twenty-four stamps, they would think I was nuts in a very unthreatening, eccentric way.

Even if I had just killed a man with my bare-hands... or possibly my lipsalve.

I don't imagine for a moment that Lady Bracknell has a fluoerescent green yoyo in her handbag. A clothes peg, almost certainly.

I am very curious to know on what trumped-up charge the constabulary in question sought to detain milady, but realise that it must be a very delicate matter and I shall not be so rude as to actually ask.

Gordon Bennett, now you've got me using this language on my blog!

You think you've got problems. I'm using it in work emails!!

That tape sounds very mysterious Goldfish, Hope you find out what it says on it soon!

Your handbag sounds like one of mine! I am always stuffing lots in my handbags. But I am alaways including my mobile, keys and my purse in it.
I am always having lots of mints in there too.

One question. Why the clothes peg?

Two I could understand, you never know when you might need to peg something up in an emergency, but one?

Something like that... something where I've made use of a single clothes peg rather than thinking I might actually need one.

You never know when you might need a yo-yo.

A yoyo is a handy and compact defensive weapon.

In fact self-defense brings up another excuse for having my single clothes peg - I mean, if some chap exposed himself to me...

...you can see why they sent me to a psychiatrist.

I can see the fuzz's eyes lighting up at the sight of the assorted medications though.

A quick check of my own carrybag revealed ventolin, migraleve, naproxen and codis...I hope I never get stopped.

Is nobody else going to query the presence of a condom? Or is that question in supremely bad taste? I wish I had your optimism, goldfish.

You obviously weren't a boy scout. Not that I was. But I do believe in the mantra "Be Prepared!"

Good god, what is the size and weight of this bag?

1 wallet containing far too many cards, and no money
1 cellphone that my husabnd insists I carry, but it's usually not charged
my work ID on a clip
loose change
2 grocery store receipts

Wait! I left out the keys. One brass boat hook (extremely useful) with keys to three cars (two of which I cannot drive), the house, and my file cabinet at work.

My bag has in:

In addition to this, I can often be seen lugging around 2.5x1ft of viola case.

The Condom and the Chewable toothbrush are probably planned to be used in sequence.

Have you seen "Breakfast Club"?