The Human Rights Act 1998 came into UK law in October 2000. Since then, it has faced a lot of criticism, with the opposition proposing to scrap it altogether. The main reason for its unpopularity is an inevitable consequence of its fundamental purpose; to protect the individual from abuse at the hands of the state. Inevitably, many of the people who have been affected or brought cases invoking it have been suspected or convicted criminals, including suspected terrorists; the least popular people there are. And inevitably, with any brand new wide-reaching law, some of the most sensational cases invoking the law have been pretty frivolous. The media also has a habit of reporting when a ridiculous case is brought, but forgetting to report when it was subsequently thrown out of court. 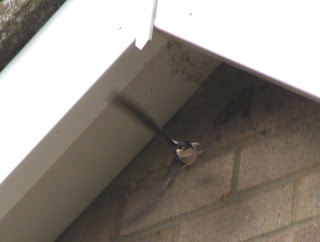 I, however, would argue that the Human Rights Act is one of the most important pieces of legislation that has ever been and is perhaps more important at this point in our history than ever before. Seriously. Very very very important. Very. Very important indeed.

The wording of the Act is based on the European Convention on Human Rights (1950) which borrows from the Universal Declaration of Human Rights, first proclaimed in 1948, inspired by events which should be obvious. This point is worth bearing in mind; there has been very little change in the wording in fifty years, but it took that long for advocates to persuade governments like ours to put this properly into law.

Why? Because it puts firm limits on the power that the state may enjoy over the individual. And the state does enjoy power. This is not a sinister enjoyment, all power corrupts etc., but simply because the more power you have, the easier it is to look after people. For example, when visiting the beach, it is far easier to simply tie your children to deckchairs rather than letting them run about and paddle in the sea where you must watch them, because the sea is dangerous. Similarly when you're trying to run a country and keep people safe. Only it is no fun being at the beach if you are tied to a deckchair. 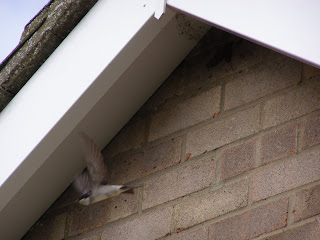 The Human Rights Act limits the power of the
state by outlining the minimum levels of freedom that an individual has an innate entitlement to. All of these rights are conditional (e.g. you have a Right to Life so long as you are not engaged in the act of harming someone else and the only way to stop you is by killing you). But they are default; they don't need to be earned. And they belong to every human being. They are, if you like, the Ten Commandments of liberal democracy; the fundamental obligations that a state has to its people. And, rather like the Ten Commandments to a Christian, they are entirely sound to anyone who supports the idea of democracy.

But like the Ten Commandments, there is the small issue of interpretation. That is a problem and perhaps always will be. We need to keep debating how this or that article should be understood and applied, and right now, when it is so very new, this debate is inevitably extremely active. Good. That is good. But still some people object.

The only argument against the Human Rights Act is the argument that I, or my group, know better than other people and should be able to control their behaviour for the overall good. People do argue this or something like this. The indefinitely imprisonment of foreign nationals suspected of terrorist offences at Belmarsh Prison is one example. It is felt that the danger these people might pose is far greater than what those individuals would have suffered for losing their freedom. Yet there is not evidence to charge them of any crime (see Article 7; No Punishment Without Law). 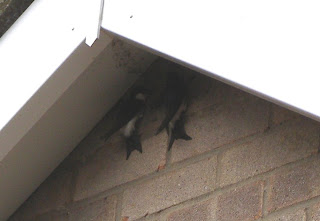 Similarly, for myself, quite frankly. I mean, there is no evidence against me which could be used to convict me of a crime, but you never know what I might get up to. Legally, I am no more innocent than any one of those detainees because neither of us have or could be charged of a crime (let alone convicted). So why not me? Wrong colour, wrong religion? It is not as if we haven't messed this up terribly in the past.

For example, when we extended the period a suspect could be detained without charge up to seven days in the 1970s (now 28 days as of 2005), the very first people affected by this law were a certain three Irishman and an Englishwoman, who were claimed they were tortured into giving false confessions. Of course they did; Irish, weren't they? They were convicted of the Guildford Bombing and spent fifteen years in prison before their convictions were quashed. See also the Birmingham Six.

Such events took place in a not dissimilar climate, where fear of terrorism was very great and used to push through changes to the law. Where people assumed that there was no smoke without fire, and that this was a free country where miscarriages of justice simply couldn't happen. Now, we're told, the stakes are even higher. And yet there is a mentality which says, "Yeah, but that was the seventies; miscarriages of justice couldn't happen now, not in 2007."

Thus we have a BBC News: Have Your Say page dedicated to the disappearance of three suspects under Control Orders (once again, because they could not be charged with a crime) and it is full of folks calling for an end to the Human Rights Act, all referring to these men as terrorists when they remain innocent under the law.

Liberal democracy is not, alas, the natural arrangement that all states eventually mature into and stick with forever. It has only existed for a blink of the eye in our political history and it is immensely fragile, particularly durings times where people feel threatened. But it is well worth fighting for. And by far the greatest threat to our freedom comes from our own complacency.
Posted by The Goldfish at 10:27 AM

This is very interesting for someone who cringes at the mere word "Guantanamo" to read. I had no idea similar things were happening in your country.

I believe it illustrates your position rather well.

That was a great programme, Sara, thanks for the link.

Of course, our (now down to five) detainees at Belmarsh don't really compare to Guantanamo Bay, but it is born the same mentality. It's not that our governments are innately tyrannous and lock up people for fun, but they make errors of judgement and get away with those errors when the rest of us are too scared of the thing they are allegedly protecting us from.

Habeas Corpus is the original thing which protected us. The Human Rights Act extends that somewhat, criminalising all torture, protecting freedom of speech, criminalising discrimination, criminalising various forms of interference in our lives.

Part of it, as you say, is down to the unbalanced reporting in the media. They can be quite punctilious (sp?) about using terms like "alleged terrorists" and "terrorism suspects" but when an article presents big bits of evidence against the suspects, and none of the evidence that is in their favour, and doesn't say "it's important to remember these people have not been convicted (or in some cases, even charged) of any crime"... then I feel the average article-reader can be forgiven for mentally painting the suspects as fully-fledged terriers.

My own beef with Human Rights is when criminals - and when I use that term I mean those who have actually been convicted and sentenced for a crime - do better out of it than law-abiding individuals. I realise this is more due to the crapness of the outside world than the "softness" of a prison, but it does suck when Granny feels she can't afford to eat properly or have the heating on due to the constraints of her state pension, but a fed and warm prisoner is amusing himself by using up state time, state money and state resources on bringing one of the "frivolous" cases you mention.