How To Be A Proper Oddball #1

The thing that got me thinking about this was an article about Albert Camus’ The Outsider on the BBC News website. This article was deeply annoying on so many levels. The Outsider (at least the translation I remember reading) wasn’t about anyone breaking off from society; the anti-hero was very much part of the working week, merrily colluding with the misogyny and racism of the society in which he lived, and only fell foul of it all when he committed murder. He was only an outsider in so far that he appeared to be largely incapable of lying about his feelings – which is very interesting of course and makes it worthy of study – but that’s not the same as being a Rebel without a Cause.

Even Rebel without a Cause (and similar) was only about the socially sanctioned period of rebellion allowed to young men in Western society - which, being socially sanctioned, is no kind of rebellion at all (okay, so Rebel was one of the first honest presentations of this and one specific to that particular era). During this time, young men have long been expected to experiment with alcohol, sex and latterly the internal combustion engine, before they are obliged to calm down and get on with life. Young women do have a go of course, but this is generally considered a great social ill (heaven forfend, we might end up looking like wrinkly old prunes). 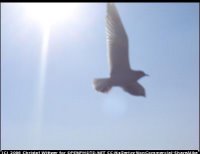 But true non-conformity doesn’t involve intoxication or murder, both of which represent a wasted opportunity. True non-conformity involves screwing up a set of rules, but then rewriting them and getting on with life in a different way. And all this begins with a difference in aspiration.

A real tyranny we have in our culture is the idea that we all want the same things and should want the same things. It makes perfect sense that we should have common values, a shared morality, but that’s another issue. In fact, when I have met people of questionable virtue, it is the common aspiration which is used as an excuse for selfishness; “I want the same things as everyone else, but I don’t have them and that’s not fair. That's why I am such an arsehole.”

Not just material things, but the whole magical package people think of as normality. In the UK, most people own their home, most people are married and most people have children. Most people work for someone else as part of a big organisation. I speculate that most people work in an office environment. For most people, television is their number one past-time. And most households run at least one car.

There are also a whole heap of things which many people consider normal, whether or not they are accessible to most of us; foreign holidays, a very specific version of Christmas, the lavish wedding, the Christian funeral, the latest mobile phone and so on.

There is nothing wrong with any of this; some of it makes perfect sense. Only none of these things are necessary or sufficient conditions for a happy or fulfilling life. And yet, say you want something rather different and you are an oddball.

For example, most people throughout human history have reproduced, which is great. We have it drummed into us from an early age that everyone wants children, everyone must have children and those who fail to are selfish, immature or cold and condemned to a fundamentally empty life.

But throughout all of human history, a proportion of people in any given society have not had children, whether through active choice or whether through infertility, celibacy or homosexuality. In some cases, this has freed these folks up to make extraordinary contributions to the sum of human knowledge; a disproportional number of Great Minds in history, whether in science, politics, philosophy or the arts happen to have been childless. Uh, quick brainstorm for examples:

I hope that's all correct. There are loads more, I am sure - and I didn't include Buddha, Jesus or Socrates on account of the fact that we don't really know enough about them. So procreation is by no means imperative for living a worthwhile or happy life. And having children is of course the most sensible social convention we have. It is a really good thing that most people do want to have children.

However, most of our shared aspirations are merely based how things happen to be for people right now; like home-ownership and our relationship to work. A great deal of it comes from the way life is being sold to us, by governments and businesses. No great conspiracy, but so long as everyone wants (and fears) the same things, these entities know exactly how to make money and win votes. And our parents naturally want us to have lives rather like their own because they know how to guide us through that, having been there themselves.

But I'm not sure this does us a great deal of good, as individuals with a great variety of talents and temperaments. It might be relatively safe, the path of least resistance, but does it make us happy or use each of us to the best of our abilities? And is it is even sustainable?

This was more than one half hour period and I'm going to run out of time today so I'll continue this tomorrow (don't groan - was that a groan? Who groaned?!!). No, I'm not yet sure what I'm getting at either.
Posted by The Goldfish at 5:52 PM

I'm enjoying it. Funny about all this 'rebel' stuff, though - without having read this article, I chose to blog about the phrase 'rebel without a cause' the other day. I guess there was a reason why it came to mind, I realized my view on something wasn't the popular view - but I know that there are a lot of people who feel the way I do, and get shot down in flames for daring to talk about it. But I'm still musing on that...

In the first place there were five Brontë sisters (and a brother!). In the second place, Charlotte Brontë was pregnant when she died; in fact it was a complication of that pregnancy which killed her, not TB as many people assume.

This is known as being pedantic.

You can always pop a notepad file on the desktop, and write your blog entry in bursts rather than one long go. Save it every half hour and go to bed. Edit it, make sure you've put everything you want in it, then when you're next awake copy and paste the text over.

Diddums, I can't leave a comment on your blog, but when I think those of us who are accused of being Rebels without a Cause are so accused by people who really wish that there wasn't a cause for themselves to have to answer. For some people, the easiest answer to compelling arguments against their point of view is to pretend that there is nothing to argue about.

Charles, Quite true, although I'll leave it as it is. The other siters and Jude? Julian? Justin? didn't exactly do great things, did they?

Mary, yes I always type my blogs in word because I struggle with the black/white contrast in Blogger. However, I lose patience and am tempted post something anyway, even when it doesn't feel finished.. ;-)

Alas, the two elder sisters, Maria and Elizabeth, died before their twelfth birthdays, according to Charlotte of the appalling conditions at "Lowood Hall". So you could say they did achieve something: to be inspiration to Charlotte. Branwell, who was a marginally talented painter, wrote a lot of juvenilia in concert with Emily, and about one decent poem. No, he did not write Wuthering Heights for Emily. You could say he achieved something by encouraging and stimulating Emily's genius, but that's supposed to be the wives' and mothers' rôle, isn't it, not that of Real Men?

I was going to mention Charlotte's death, but Mr Dawson beat me to it. So for some, the attempt to lead a "normal" life is actually dangerous, not to say counter-productive: how many more novels might we have had from Charlotte had she stayed celibate?