The Goldfish Guide To Dealing with Doubters #2 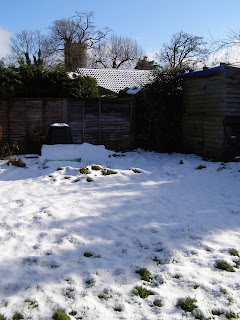 Didn't think of any silly to post, but you can see pictures from our garden last weekend (with snow) and some of the loads of snowdrops which have since emerged. Unfortunately all the flowers are right next to our oil tank, so it is impossible to take a pretty picture of them all at once.

Anyway, back to doubters...

If sick people can experience denial, people who are invested in us can as well. People who care very much about us, but also people for whom our ill health may be a terrific inconvenience – like the boss Andrea mentioned and even the occasional doctor. This kind of doubt can be very cruel, but it is important to realise that it is motivated by desperation rather than malice.

We can identify denial because it is inconsistent. A friend of mine spent her teens in a very bad way. She was stuck in bed, couldn't feed herself or talk and had become so sensitive to light that she lived with her curtains closed all the time. Her father didn't cope well with having a severely ill daughter, so every day when he came home from work, he would storm into her bedroom and draw the curtains wide open. 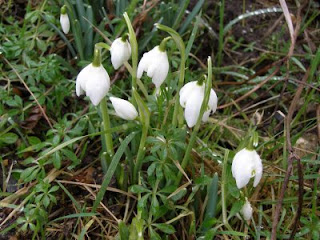 So maybe he thought she could cope with the light. Or maybe he thought she was pretending the whole thing. Only his behaviour wasn't consistent with any reasoning I can think of. Genuine considered doubt would have lead to conversations, to investigation, but not to this nasty little gesture. His actions were a desperate protest against reality, no rational course of action.

Denial is, by definition, extremely difficult to address in others. The temptation is to be very hurt and to go over the truth of the situation, often in highly emotional language. This is a big mistake.

The best analogy I can think of is if you were dealing with someone who had gone into complete denial over the death of a loved-one – as people occasionally do. In this case, the last thing you would do is to point to the body and the fact it had stopped breathing, and complain about what a lot of fuss the person was causing by pretending otherwise. Instead you would attempt to console the person, to try to make the dreadful reality more bearable. Similarly with illness; reiterating facts that someone has closed their mind to gets us nowhere. We need to put the situation in perspective. Something like, 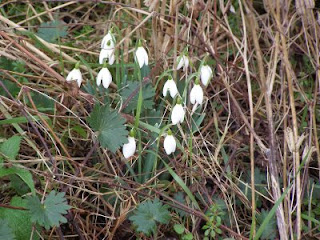 “This isn't such a great disaster. Illness is going to change things, but it is not going to ruin our lives. There are all sorts of ways of working round limitations, finding new things to do and new ways of doing them.”

I should of course restate that this doesn't mean that a person's doubt is okay, or that they are not responsible for their actions. Denial is not an entirely unconscious process; people do choose to “opt out” and they certainly choose to act on that. I have heard of folks being effectively poisoned by family members who think allergies are a lot of fuss over nothing and decide to prove the point.

Not everyone comes to term with your illness. In the same way, it may be not everyone can come to terms with your sexuality or religious beliefs, their choice of partner or some other aspect of your life. Whether you can tolerate this all depends on the relationship and your own discretion – you are not obliged to put up with any of this stuff. When people do things or fail to do things that means you, your health or happiness are put in danger, then the situation is hopeless. 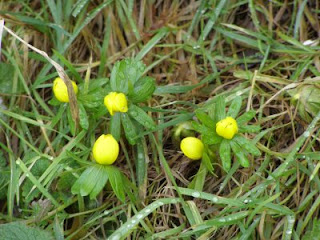 But there is hope. Overall, I have always been lucky with this stuff but I have had people say to me something along the lines of, “When I first knew you/ when you first got sick, I didn't take it very seriously, but over time I've seen you when you're doing well and when you're doing badly and now I think I understand what you go through.”

Fortunately, my kith and kin were all too well-mannered to ever let me know when they didn't take it very seriously. I'm lucky to have seen only glimpses of this from people who love me, and only under fairly dramatic circumstances.

Seems there is nothing like a little difficulty in life to make you really appreciate just how many "good people" there are in the world.

Just when things seem bleakest and one is completely "Cornered and possibly scorned new paths seem magically to open.

Although seemingly deliberately "isolated" from the local community I am now finding Real people in distant communities are appreciating and encouraging my artistic endevours.

My blog now deliberately avoids, as much as possible, tails of my minor tribbulations.

It is interesting to see how people "get it" over time--I do hope that it also adds to their empathy with others with chronic conditions.

I really hadn't thought about this as a denial issue--I mean, yes, people deny my reality, but I hadn't thought that sometimes it may come from their own ability to deal with it. Some of the biggest deniers of my health problems also refuse to deal with completely different issues when they come up. It is a coping mechanism, though it can have its effect on others.

My mother just recently said she really didn't understand how bad my pain was in my preteen years. Thus I'd get dragged through stores or on errands way past the point when now I would refuse, making me stand there through long conversations with people she knew. Ibuprofen came out about then and I thoroughly enjoyed it. I think I didn't complain enough--I thought just saying it hurt would be enough.

My sister said the same about my extremely colicky babies with severe reflux--now that she's babysitting one with these GI issues. She didn't realize how really difficult that was.

As a caregiver to my 10 year old daughter with health and mental complexities, I frequently encounter denial. I agree that people just do not have the coping skills to face our reality(ies).
I started carrying a business card in my purse that is really pretty and says "thanks for caring enough to ask" (polite way to say quit being nosey) and directs people to a caring bridge website where they can be updated and, maybe, learn to cope with someone who is experiencing a different reality.

It made me feel better because I could shut up the people who thought my daughter was deaf, apparently, by how they would ask "what is wrong with her?" right in front of her. Also, I could avoid having her made into nothing more than a curiosity by the conversations. She is a whole, adorable person and deserves the same dignity and respect we all do!

"When people do things or fail to do things that means you, your health or happiness are put in danger, then the situation is hopeless."