The Goldfish Guide to Dealing With Doubters #1

I've been meaning to write this one since before Christmas when a couple of bloggers got me thinking about illness and doubt. It's going to wind up a couple of posts, but I'll try put something frivolous in between. Anyway...

First, Never that Easy had been asked to diarise her pain levels and had a conflicted response to seeing it all mapped up.

“I want to print it out and stick it on the refrigerator, or e-mail it to everyone I know or ever met and be like: "See?!? This is what it's like to be me: This is what I'm dealing with. Look at all those 5s and 4s!!! Now ask me again why I'm not working but instead 'sucking up your social security'!" At the same time, I want to hide it... I'm a little bit ashamed of it, that it's gotten this bad. I want to ignore it, to not have to face it.”

Meanwhile, Seahorse has been dealing with a sister.

"But no, apparently I'm not disabled because I walked in town last weekend. This 'miracle' proves that I am not disabled. Forget the fact that I was in bed for several days after, and went straight into a wisdom tooth infection.

Oh, and my eyes burn too brightly these days, apparently."

Since then, Andrea has also touched on this in her excellent You just don't get it
Frida Writes has also written eloquently on this subject in the past, and both Gone Fishing and Cusp have long-running battles with insurance companies which involve this issue. 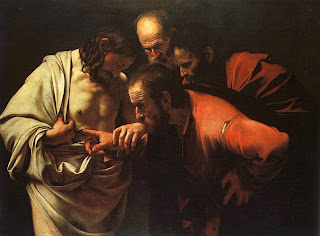 Lots of people have aspects of their lives which are subjected to the skepticism of others, but chronic illness is special because of the Tragedy Model of Disability. This is sometimes called the Charity Model and it is this aspect – the way in which disability is seen as a charitable status, which is most important here.

Despite the way that systems work in real life, the practical, medical and financial help sick people receive is still regarded by many as a sort of charity. Often even equality legislation is spoken about as if it is out of compassion that employers and service providers should accommodate us. Charity is act of generosity and kindness, whereas social justice is about the duties we have toward one another. Charity, unlike insurance, requires recipients to be deserving as opposed to merely entitled - and there is an enormous difference.

This model enforces a power dynamic between non-disabled and disabled people, particularly those of us who are need lots of practical, medical and financial help. This makes it socially acceptable for non-disabled people to speculate about our varying degrees of "legitimacy". There is nothing worse than an undeserving charity recipient, and they must be rooted out.

People with chronic physical or mental illness perhaps bear the brunt of this because our stories are untidy. We have symptoms which are invisible, which fluctuate and which seem to be on a spectrum with normal experience (fatigue is extreme tiredness, depression is extreme sadness etc.). If ever challenged, it is impossible to prove our degree of impairment - there are no blood tests or scans which demonstrate how much something hurts, how difficult it is to concentrate and so on.

Thus the first problem in dealing with doubters;

The first rule of dealing with doubters is to realise that your experience is legitimate.

Most people with chronic illness will, at some point, have doubted themselves. Denial is a standard stage of grief, so having phases in which we doubt our own perceptions of illness is entirely natural – if rather uncomfortable. The last time I had this was only last year, when my pain got worse. It was so bad, it was actually difficult to believe what was happening, even though it was intruding into my consciousness twenty-four hours a day. Even now, I wonder whether I can be remembering right, but then my pills are very good.

So doubt makes some psychological sense, but not logical sense. It is possible to have erroneous beliefs about an illness (what it is, what its caused by etc.), but that doesn't make your illness illegitimate. A symptom is a symptom. A symptom may be entirely imaginary, but it is still real to the person experiencing it – and considering that possibility won't make it go away (or it might, but if it did, you wouldn't have the problem any more).

Self-doubt can be dangerous as well as demoralising. It can delay us getting the medical help they need once scary symptoms kick in. But I guess people with chronic illness probably have to go through it, and revisit it from time to time. People who never doubt their own perception of reality tend to end up starting religions, invading small countries or dedicating their lives to provide goats with glamorous eveningwear.

Our sense of legitimacy is more than whether or not we trust our experiences. Because of prominent models of disability, we often inherit odd ideas about whether our experiences count enough to ask for help or reasonable adjustment.

For example, lots of chronically ill people refuse to identify as disabled, even though chronic illness is responsible for some of the most severe functional impairment and attracts some of the worst disabling treatment (especially mental illness). People often don't claim benefits and services they are entitled to, because they don't see their needs as great enough. Lots of people who have very poor or painful walking wind up stuck at home rather than using wheelchairs, not always through shame, but rather a sense that wheelchairs are for people who can't move their legs.

When we do accept what we're entitled to, we've often had to justify this to ourselves and thus almost expect to have to justify it to other people. But the worst thing we can do is to fall into the trap of thinking we have something to prove. Dealing with doubters is about dealing with other people's problems in order to make both our lives easier.
Posted by The Goldfish at 11:20 AM

Thank you for this post. It's just what I needed today.

Thanks--very helpful. I wonder why people do turn such doubt toward people with chronic illnesses/conditions when they don't with other life circumstances. It can be exasperating when we're not asking for someone's validation, merely reporting information.

A great post. I have made progress where my doubters are concerned. It involves a wry, sometimes indulgent, smile (usually to myself). I worried that I may be becoming smug in adopting the mantle of the sage. Then I figured I've earned a few months of smugness. Anyway it's not smugness so much as pity really. Oh dear. That's just as bad. But what can you do?

I struggle with how I feel about doubters, mostly I find them to be liars, so they suspect that of others. Non-doubters I find to be kind, loving people. Great post.

Thanks for including me in such a thoughtful post: You're right, that it is not my responsibility to convince a doubter in my life, but it certainly feels that way sometimes. What I'm still searching for - nearly 15 years into this whole mess - is the perfect comeback for an abusive doubter... Some great response for when the a-hole in my life ( I do have one in particular) starts spouting off about me and my 'shortcomings.' I doubt it would matter to him, but I still think it would be a great feeling for me. :D

I Recently had a discussion with an Internationally Learned Sage who pointed out that my being strangely assessed into virtual Social and Employment Oblivion has little to do with me or any health or injury problems I may or may not have.

But simply has to do with being put into a situation which suits the Insurance Corporations "future intentions".

Seems it is far better for them to have Assessment reports which "cover" any previous actions people paid vast amounts to "Manage" (Farm)a claim may have made.

Either intentionally ( to meet future intentions, Key Performance Indicators) or one being "Machi- valium" reports need to hide past intentions or errors.

Eventually one finds they have been effectively completely isolated from almost everything and any contact with anybody.

Yet the claim continues to roll on with the Corporation not being able to risk any input from one or any experts one deals with independently.

Doctors and other experts meanwhile believing that because of your assessed (real or "Corporate needed") problems lots of entitlements, programs and support are in place for you.

Therefore they need not get involved and you are more than well looked after by the system.

When each 90 day Medical Certificate (Or still alive ticket) is required to be replaced one almost "fears" going to the doctor to get it.

One becomes a great "Doubter" of the "No fault" Accident Insurance System, the real effectiveness of any medications, and the safety of living with ones Medical Records being so muddled and altered, possibly even if ones "real" identity even exists.

Complaints that it has become too "dangerous" to be a client of the corp are met with "No expert has ever said you may represent any danger to the corporations staff.

So one retreats, becomes a great "Doubter" and wonders just how much or if one really has any health or injury problems at all.

yet the claim rolls on avoiding any input from you or your caregiver at all.

"Doubting those who would impress" you with their learning and power.

"Self Confidence" in one's potential and of course Humour seem to be "Key Performance factors needed to survive in such a strange situation.

One simply has to keep Charging Ahead

It's so tiring. We *have* a job for the rest of our lives...proving we have disabilities.