Advice for an Archbishop

If you're going to start a debate on Sharia Law, you first have to tell people what it is. The vast majority of the population, being non-Muslim and having had neither the opportunity or inclination to learn about such things, don't really know. Many people are inclined to associate the phrase with corporal and capital punishment for acts which we don't consider vaguely criminal, as are carried out in the name of Sharia Law in other countries of the world. 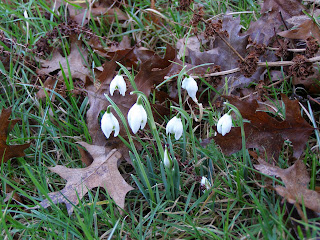 I asked a friend if he knew what Sharia Law was and he asked, "Isn't that the woman that Tony Blair is married to?"

If you use words like unavoidable and phrases such as the stark alternatives of cultural loyalty or state loyalty, you must expect that these words are going to more often repeated than any of your more measured comments. This way, the story stops being about your own ideas and starts being about another innocent party; if them Muslims are more loyal to their culture than they are to the state, why don't they just bugger off. Only yesterday, no Muslim put their hand up and said that. They may have done at some other point, but yesterday it was you, head honcho in the Church of England, who spoke on their behalf.

If you are going to make a proposal which would give special treatment to a community who are already subject to suspicion and prejudice, one has to consider whether your words, however well-meant, are likely to increase or decrease the tension that already exists.

In other news, we have snowdrops!
Posted by The Goldfish at 9:52 AM

When I saw the story, my first thought was less about "them bloody Muslims" and more like "you're trying to start an argument here, aren't you?"

I find it hard to believe that "the head honcho in the Church of England" would really feel the need to do anything for people who are not now nor likely to ever be in his congregation.

It must be said, though, that I find Dr Williams objectionable at the best of times.

I don't know anything of Sharia Law either although two differing legal frameworks could add a layer of unpalatable complexity to an already complex legal system.

What I do know is that the snowdrops look just lovely, and among some - are those AJ's special leaves?

I think there is a case for a little bit of flexibility in the mechanism of law. For example, you no longer have to swear on the Christian Bible when you give evidence in court and people are allowed to get married in all sorts of different places and contexts (although everyone has to fill in the same form).

I can even see that, if two people struck up some sort of business contract and both wanted to frame this according to religious laws (I can't think of a good specific example) then we might say that this is valid in law.

However, when it comes to most of civil law, let alone criminal law, people are protected by uniformity. There might be some aspect of Sharia law which is such a very good idea that we could incorporate it into the UK law. But different rules for different communities have historically tended to disempower the most vulnerable people within those communities.

...as usual, wise opinions from the Goldfish finally prompt me to produce my own Canterbury Tales post.

As usual, in my head it's the media who come out as the baddies. But maybe I'm just pandering to my own inherent prejudice there...

I was just listening to that debate on BBC America world news.

Glad to hear about the snowdrops, but the Jasmine here is in full bloom.
Best wishes