Paris Hilton and the Iconic Blonde

I thought that would wake you up. And yeah, I really am about to write about this.

"Every decade has an iconic blond like Marilyn Monroe or Princess Diana, and right now I’m that icon." - Paris Hilton.

The thing that makes Paris Hilton a little unusual in the story of our culture is that she is an American. She hasn't even been on our television screens, on our talk-shows or anything else and unlike other American celebrities, we're not familiar with her from movies or music. So she is more than usually irrelevant to the British observer as compared to our homegrown stock of those famous for being famous. And then I saw this quote, undoubtedly repeated because it was considered rather funny in its arrogance. Only I think the lady is spot on.

Now I really don't know much about the lady except things that have filtered into my consciousness from headlines and gossip. Research would defeat the object somewhat. However, I can see the parallels with Princess Diana and Marilyn Monroe - although I know much more about Princess Diana.

Paris Hilton is not like Princess Diana but as a figure, she is treated in a very similar way. People forget what it was like when Diana was alive, but the vast majority of press coverage about her was sensational and speculative unlike everything since which has gone on about what a super lady she was. In one of the few truly prophetic moments of my life, on the morning of her death, I said, "Elton John ought to re-release Candle in the Wind; the words are uncannily close to the truth." 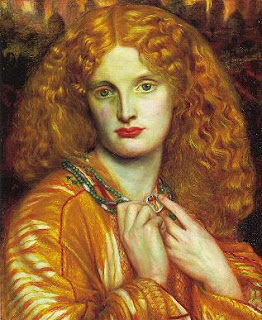 Like Hilton, Diana's privileged background allowed her to be cast as a spoilt brat. She was resented for having everything a person could want and still exhibiting signs of unhappiness. She was a figure of fun and derisory comment. Like Hilton, despite being extraordinarily beautiful in the fashionable sense, she was criticised for her looks, her weight, the clothes she wore, the people she was seen with. Her sex life was a national preoccupation; not her charity work or her qualities as a mother. She undoubtedly had her genuine admirers, but most people I ever heard speak about her, during her lifetime, regarded her as a rich bimbo.

All of which would be harsh on a human being, but we're not really dealing with human beings here; we're dealing with icons and what those icons represent. And let's face it, we're dealing with misogyny. Misogyny is all about the power women have, the absolute basics of their being human, and a cultural desire to wish it away. Not just by men, but women too. Power complicates everything. And in the case of Hilton, Diana and perhaps Monroe, we're dealing with women who have significant sexual and material power. We're dealing with Helen of Troy - and just look at all the trouble that silly tart caused.

Of course, other beautiful, rich and famous women exist; actors, musicians and others whose output is far more popular, but we know relatively very little about their private lives - and some make a great success, against the odds, to keep themselves relatively private. To be an iconic blonde - and the blondeness is important but not essential - you have to give us a reason to hate you. Some weakness, some foolishness. And then you'll never be out of the papers.

Do people hate Paris Hilton? A lot of people are simply baffled by her celebrity or the interest of others in her - Mika Brzezinski's protest against headlining with the lady when there were other things going on in the world isn't hatred; I feel the same, which is why I'm trying to get to the bottom of this. But yes, things I've seen and heard suggest that some people really hate the woman, and they relish that hatred. It's culturally sanctioned misogyny; you can't talk like that about the pretty girl down the road who won't put out for you. You can say what you like about the celebritwit. 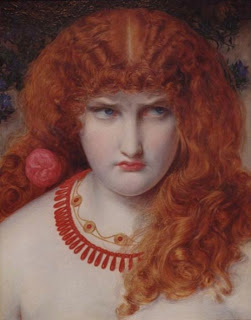 So in the UK currently we have figures such as Jordan, Jade Goody, Colleen McLoughlin; the class issue working in reverse of course because these are working-class women who are cast as uncooth, uneducated chavs.

This never happens with men. There are male celebrities who are held up as rather dim but they are usually very good at something (and that something is usually football and they're more often in the back pages of the newspaper than they are in the front). Plus male celebrities just don't get this level of attention, perhaps with the exception of Michael Jackson, who was not only very good at something, but the guy undoubtedly qualifies for outstanding idiocy above and beyond the call of celebrity.

I'm now beginning to think that depictions of Helen of Troy, the face that launched a thousand ships, might be material proof that beauty is very much in the eye of the beholder...
Posted by The Goldfish at 11:24 AM

I dunno. Even as a kiddie, sure I was aware of the media going on about Diana's fashion sense and the sensational rumours, but I was *also* aware about the other stuff - video clips on the 6 o'clock news showing her in a hospital, shaking hands with assorted ill people, riding a log flume with her kids.

Whereas with Paris, all my brain will throw up is a series of indiscretions that go beyond rumour, and some outstandingly vacuous comments. I can't seem to recall any (for want of a better term) good bits.

I sort of wonder if it's envy. Not so much of class, as of the way that the women you name are shown to be having a permanent holiday of clothes and shopping and parties and glitz and glamour and powerful/rich/good looking boyfriends and doing things that we, in our modest homes and boring jobs and juggling finances and so on, will most likely never have.

I think it is misogny. Jarvis Cocker - I luv Jarv - said at the height of his Pulp fame that if there was a tabloid expose of him, it would have to be that in his personal life he was married with two kids, lived in Surbiton, and was very dull. This was because all his songs deal with drugs, sex, adultery... He was a character and people expect him to be shagging around and snorting coke...

With Paris. She's a rich, skinny attractive young woman. She goes to parties, she dates lots of men, she spends her money. She's young and she sometimes does ill advised things. We've all done ill advised things, no? She did something ill advised and dangerous and illegal and that was very stupid and she got caught and did her time.

So I don't really see where the fascination with Paris is. It's not like she claims to be something she's not. It's not a particular surprise that she is what she is.

No: please; no more. I come to blogs like this because I expect not to find Paris F. Hilton.

(If you don't know what the 'F' stands for, bear in mind I swear a lot, and I've heard more than I want to of her).

Although to be fair - like Katie says - it's not actually her fault. It's the fault of this media-inspired cult of celebrity bollocks.

And as regards Helen O'Troy, have you ever considered that maybe she used to look nicer before her face was bashed into the side of 1000 ships?

Mary - Yeah, although I reckon you and I were probably watching Newsround, where Diana was featured being lovely. But I always remember adults talking in a derisory way about her.

Envy is in their, I'm sure but there are men in similar positions. The press haven't exactly been kind to them, but both Prince Harry and William have done some pretty silly things in their time, they have similar privileges and yet they're not nearly so slated by the press.

Katie - He is rather lovely is Jarvis Cocker. :-)

JackP - I swear on the blog of blogginess that I shall never blog about Paris Hilton again - or at least I can't think right now of a context in which I might.

Your suggestion about Helen did make me laugh though, in the middle of a grim hour pain-induced sleeplessness - so that's very much appreciated. :-)

"Every decade has an iconic blond like Marilyn Monroe or Princess Diana, and right now I’m that icon." - Paris Hilton.

Wrong, wrong, wrong. Everyone know's it's really me.

Conceited hussy. That's why I hate her.

I'm kidding, of course -- about hating her, that is, not about who's the most iconic blonde. What I hate is having to know a single thing about her based on absolutely no actual achievement on her part, based strictly on her own self-manufactured celebrity. So boring. So mind-sucking. I'd rather read blogs, but look, she's on the blogs, too. Gah.

Marilyn Monroe at least could act. No, really. Seen Bus Stop? And Princess Di, you know, she had charities and stuff, and before she was a Princess by Marriage, I think she was a teacher. What has Paris Hilton done, really? What has she contributed? Has she ever even shown herself to be kind or generous? And since I can't think of anything she's done or given or even presented herself as willing to do or give -- you know, besides sexual favors to people who were going to get them anyway from someone else -- why do I have to know her name or recognize her face?

There's an exception to your "male celebrities" theory. Ever hear of Pete Doherty?

And as for Paris, I find her a waste of skin. Try to watch more than two minutes of her programme The Interns and you will see she has no skills, no sense of responsibility, and no idea that other people may have different value than her

Paris Hilton is soo hot! Check this site for wallpapers and photos of the webs hottest ladies..

Ms. Hilton's defining moment was a webcam video of herself with a loomin phallus in her mouth, whereas Lady Diana Spencer at the age of 19 was beet-red-faced with embarrassment when a tabloid photographer snapped her with her infant charge outside a nursery school in a pose against the sunlight that revealed her shapely legs.

Diana took her celebrity and leveraged it into such moments of global humanitarian impact as being the first member of the British Establishment to kiss an AIDS baby, grasping the bandaged hand of a leper without gloves, and walking in an uncleared mine field to bring the media spotlight to the victims of anti-personnel mines. In her entire 16 years as Princess of Wales she was never once caught looking anything but her absolute best. Unlike Britney, Lindsay or any other of the pitiful starved waifs attached to hair weaves, she never acted out her private pain by throwing up in the backseat of a car, winding up in rehab or displaying her shaved pudenda to a stricken nation. If anyone else can think of a further point of resemblance between these two, suggestions gratefully received.

How's this for a concept; Iconic Bleached Brunettes.

No Blondes were ever involved because Paris, Marilyn, Britney, Jessica, Lindsay, Princess Dye and every so-called Blonde you've ever heard of are/were all Brunettes.

A bucket of bleach doesn't entitle anyone to the GOOD name Blonde.

Blonde is a genetic group and you can't join it; you're born it.

Marilyn was the brightest blonde ever! Look at these Marilyn Monroe quotes! You can find a lot about her!