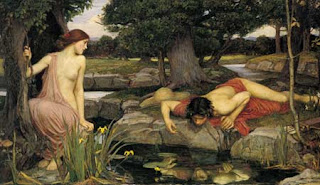 The ability to listen to each other is the most important social and intellectual ability we can have, but it isn't always easy. Every time we truly listen to someone, or read carefully what another person has written, we risk having something of our own worldview challenged or permanently altered.

This is why we can't afford to do it all the time; anyone who listened to or read every word of advertising they were exposed to on a daily basis would have time and energy for little else. Much of everyday social interaction requires the endurance of banality, where one must smile and nod from time to time and think over one's plans for a new type of spacecraft as your friend laments her decision to date yet another Pisces.

Meanwhile, we lack role-models. For example, to watch our MPs debate - the people whose considered decisions effect all our lives - is rather like listening to a sober version of Just a Minute; they are often less interested in the substance of what their colleague is saying than whether or not they are going to slip up. Of course, there are many occasions in politics where some detail of a word or phrase is pivotal, but when did you ever see footage of the House of Commons when someone said, "Actually, I see what you mean now." or even "That is a valid point, however..."?

Trouble is that it feels good. Sara wrote an excellent post about this just the other day. Pedantry can be fun, tripping people up and laughing at their foolish ideas. However, I think pedantry should almost always be about laughter and we should only laugh at those who we can't afford to listen to; people with inpenetrable prejudice and hatred. We need to give a little more leeway to those who claim to have similar objectives to our own (peace, tolerance, democracy, a nice family Christmas without any major rows, etc..).

It is very important to recognised shared objectives. We struggle to do this, even within the closest relationships; neither lover wishes to argue, both wish they could be friends again and yet they treat one another like enemies. In other areas of discourse we can get massively distracted by something which seems like a fundamental difference but which makes no odds to the subject at hand. Almost religious conflict involves this error; we all want to live in peace, but how can I trust someone who doesn't worship the Holy Hamster of Birkenhead?*

The Golden Rule of listening is to always assume that the speaker is as intelligent, sensible and sincere as you are and to expect at least something of what they are saying to be true. If you assume that everything a person says is bullshit, that they are bound to be stupid or unreasonable, then there's no point talking to them at all. However, if you take this approach to all those who disagree with you, you'll never learn anything and you're certainly not going to resolve any conflict.

People are never simply wrong; only ideas and arguments can be wrong, usually because of mistakes which we are all capable of making. It is impossible to correct someone when you don't really know where they're going wrong; it's no good repeatedly contradicting them in the hope that they'll figure it out themselves in the meantime. By the same score, if you don't understand another person's mistake, you can't rule out the possibility that you have made the mistake.

But this is also very difficult. Too often, we are tempted to behave as if we are right on principle; I am right because I am an expert, because I am more experienced, because I am a good person, because I am a good parent/ Christian/ feminist etc., so if you disagree, you must be wrong. I'm sure we all do it to some extent, forgetting that the other person has just as much reason to think the same about their own supremacy.

One must learn to force the mind ajar every once in a while if one is to develop in any way whatsoever.


I am using the language of spoken communication here, but of course I really mean pay close attention to what another person is communicating by whatever means; "listen" is easier to type.

* As far as I know, nobody currently worships the Holy Hamster of Birkenhead (praise be to the hamster), but if they did, they would undoubtedly advocate Treat others as you would wish to be treated just the same as everyone else in the world.
Posted by The Goldfish at 10:50 AM

I'm awfully glad you wrote this. It's one of those things that needs saying which no one ever says. Were I still teaching that
rhetorical composition course, I'd hand it around my class. And, my cynical side tells me, no doubt then have to spend the next hour and a half trying to convince the lot of them that the idea of listening, and considering at length others' ideas, is not a load of politically-correct hooey. That kind of knee-jerk reaction to the concept always seemed to be the most difficult to overcome with my students. One individual actually told me, once, that the art of rhetorical debate died with the ancient Greeks, and that there wasn't any point in it for Us Modern Types. That's a worrying sentiment.

It is amazing, isn't it? I mean, did all arguments get won in ancient Greece?

A lovely post. Listening is so hard to do with each other on the Internet, reduced to the lone sense of sight, so you'd think we'd all take more time, be more patient, suspend judgement as a matter of course, but it's like we do the opposite-and are quicker to devalue the other, since it's just words on a screen. And it is, in fact words on a screen. I find communicating this way takes a constant re-orientation, and reminder of the real live person on the other side. And that it's real, sometimes even more real than the meat world.