You're going to hate me for this but I have been very bored and Lady Bracknell, despite holding an account with Mssrs. Scrooge & Marley, started it. I have begun my Christmas shopping and here are my top ten Christmas gift suggestions (at least for this week).

If you have to buy soap for your Granny buy Karma from Lush for the admittedly extortionate price of £2.75 for 100g (that's me admitting it, not them). Totally cruelty-freem full of natural goodness and in this case suitable for vegans, this is the most delicious smelling soap in the whole wide world. They have loads of other groovy, gorgeously scented stuff. Oh and black toothpaste. Very dear though.

Draw me a sheep! If you are going to give a book as a gift, your best bet is The Little Prince by Antoine de Saint-Exupéry at £4.79 (or Le Petit Prince depending on your loved-one’s command of the French Language). It may be a little twee, but it is unchallenging, short, suitable for all ages and genders and is quite quite beautiful. If you have not read it yourself, buy two copies. In fact, buy several copies and hand them out to strangers on public transport. 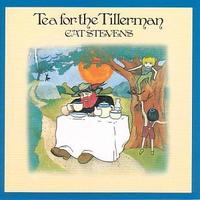 If you are going to give a CD as a gift I suggest Tea For The Tillerman by Cat Stevens for £4.99 on a similar principle. It is a fantastic album, one of the best ever, but is totally inoffensive to almost all musical tastes. You may remember it was listed as number two in My Top Twenty Albums of All Time and although that list may have changed dynamically since April, Tillerman is still way up there.

Are you friends with a Science Fiction fan? Do you find the pressures of being his or her only friend a little too much to shoulder? Then what a greater gift could you give than everything they need to double the size of their social circle? Mr Potatohead Stormtrooper is cheap at the price of £9.94. 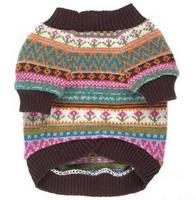 There are no small yappy dogs among my circle of friends but if there were, I would surely ensure that they were kept both warm and stylish this winter with this cuter than cute jumper from Accessorize at £10. They have a lot of cute stuff there - check out the Christmas decorations for the stripey camel as well. 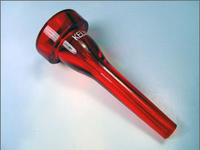 Do you have a family member who is a brass player? Is by any chance their surname Kelly? If so, what better than an acrylic mouthpiece from Kelly's Mouthpieces for between 19 and 34 dollar (£10-20) depending on your instrument. From my cornet-playing days (make that minutes) I know that metal mouthpieces are cold and generally rubbish. Acrylic is of course a superior material, plus these mouthpieces are available in a variety of transparent and solid colours – even glow-in-the-dark! 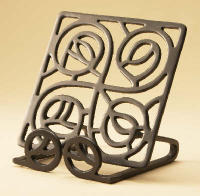 This is a very useful item, but not just as a Cookery Book Stand. At just £13 it would also be indespensible as a way of reading open textbooks or other heavy documents whilst keeping one's hands free (for example whilst typing essays or supporting oneself in a reclining position). I wish that I had one of these when I was a student. This one is particularly attractive and is a Fair Trade item. Do buy Fair Trade wherever possible. Please. 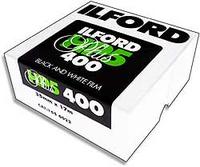 If you want to buy your friends and family really useful presents you need to get over to 7 Day Shop where you can buy anything; ink cartridges, blank CDs, memory cards, camera bits. Stuff like 17m x 35mm of Ilford HP5 400 film for just £14.95. But you heathens just wouldn't understand that sort of thing, would you? Adrian understands. 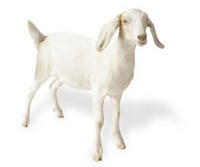 Teenager to buy for? No idea what young people are into these days? Thinking of given them money again? Well don't! As anyone knows, teenagers care for nothing more than the Third World. Being universally anti-materialist, they are likely to spit on your gift of money and call you a capitalist pig. Or at the very least, they won’t write you a Thank You note (have they ever?). So spend whatever funds you were budgeting for them on resources for people less fortunate than themselves at Oxfam Unwrapped. This goat will set you back £24 but gifts start from £6 (for 100 school dinners... presumably Jamie Oliver wasn't involved). 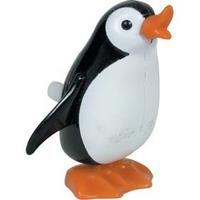 And finally... everybody needs a clockwork penguin. It's only £1.25. Hawkin's Bazaar is a fabulous shop. You can get all sorts of little bits and bobs and funny things. Oh go and have a look yourself. It's ace.
Posted by The Goldfish at 8:38 PM

Yup, I do understand about film just being *nice*. But, even an enlightened soul like me probably wouldn't give someone 17 metres of HP5+ :-) Good film though it is (one of my favourites), you still need a few empty film canisters and a winding machine to be able to use it in a camera!

But Adrian! I just bought you three rolls for Christmas! What am I going to do? Dammit, it'll have to be the clockwork penguin...

It is becoming increasingly apparent to Lady Bracknell that she and the Goldfish visit many of the same websites....

That penguin is so cool. I could while away many an hour playing with that instead of working.

I once had a wind-up teapot as a child. Now that was something to behold.

Lady B - yes indeed. This is because great minds think alike. Either that or it is a small world (wide web).

Marmite - a wind-up teapot sounds like an object of legend. I demand evidence that such an item ever existed or else I simply shan't believe it!